When consortium De Huizenprinters set out to 3D print a structure in 2018, they had just completed initial trials of developing concrete for robotic additive manufacturing. At that time, they still had little knowledge of robotics and a material mix that could only stack 30cm high before collapsing. Now, 4 years later, they have completed an impressive first in 3D concrete printing – a fully printed concrete shell structure pavilion. The project was completed without the need for rebar or custom formworks. Summum Engineering provided the parametric modelling and structural engineering for the project.

The target of printing a tiny house was set and the team got to work. Soon it became clear that additional expertise was needed to jumpstart the project. Enter Jelle Feringa (Odico, Aectual) and Diederik Veenendaal (Summum Engineering). With their many years of experience on the cutting edge of robotics and architecture, the scene was set for next level innovation.

What followed were several years of developing the technology and updating the design and fabrication strategies. The pavilion was envisioned as a monolithic vaulted structure. Summum Engineering provided the parametric modelling for the geometry which is based on the shape for a monolithic constant stress arch, in which the material is used to the same degree throughout the structure. We also provided the structural engineering using both Karamba3D and Sofistik for linear and nonlinear analysis. As the structure stands wholly under compression, the greatest strength of concrete, there was no need for rebar.

Through the use of parametric design, many iterations of the pavilion could be generated in quick succession. This approach complemented the structural analysis of the object for climatic loads and other forces acting upon it. Additionally, it connects seamlessly to the slicing of the object into robot code. A fully digital design approach. 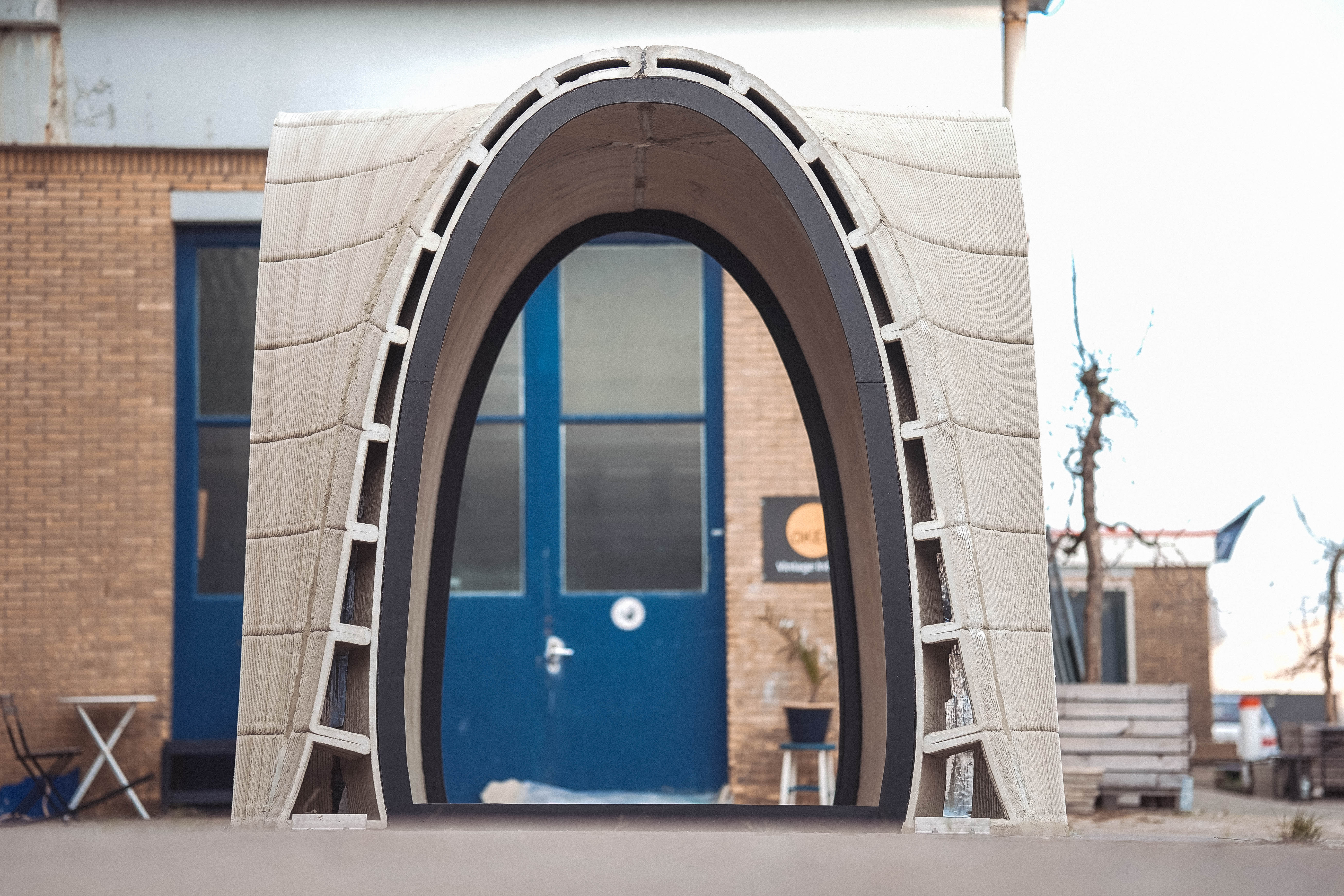 Printing the roof proved to be the biggest challenge. The breakthrough came with the segmentation of the entire structure in eight parts. Although this solved the issue in theory, in practice what resulted was an extremely complex geometry for printing. The long, thin prints increased the risk of shrinkage cracking, which was mitigated by adjusting the mix design, using curing compound and covering prints after completion. The double curvature resulted in the potential for buckling; the rib structure was introduced.

The first attempt was printed with immediate success. A genuine fluke it turns out. What followed was a long series of production issues. But failure is the mother of success and the team persevered with spectacular results. 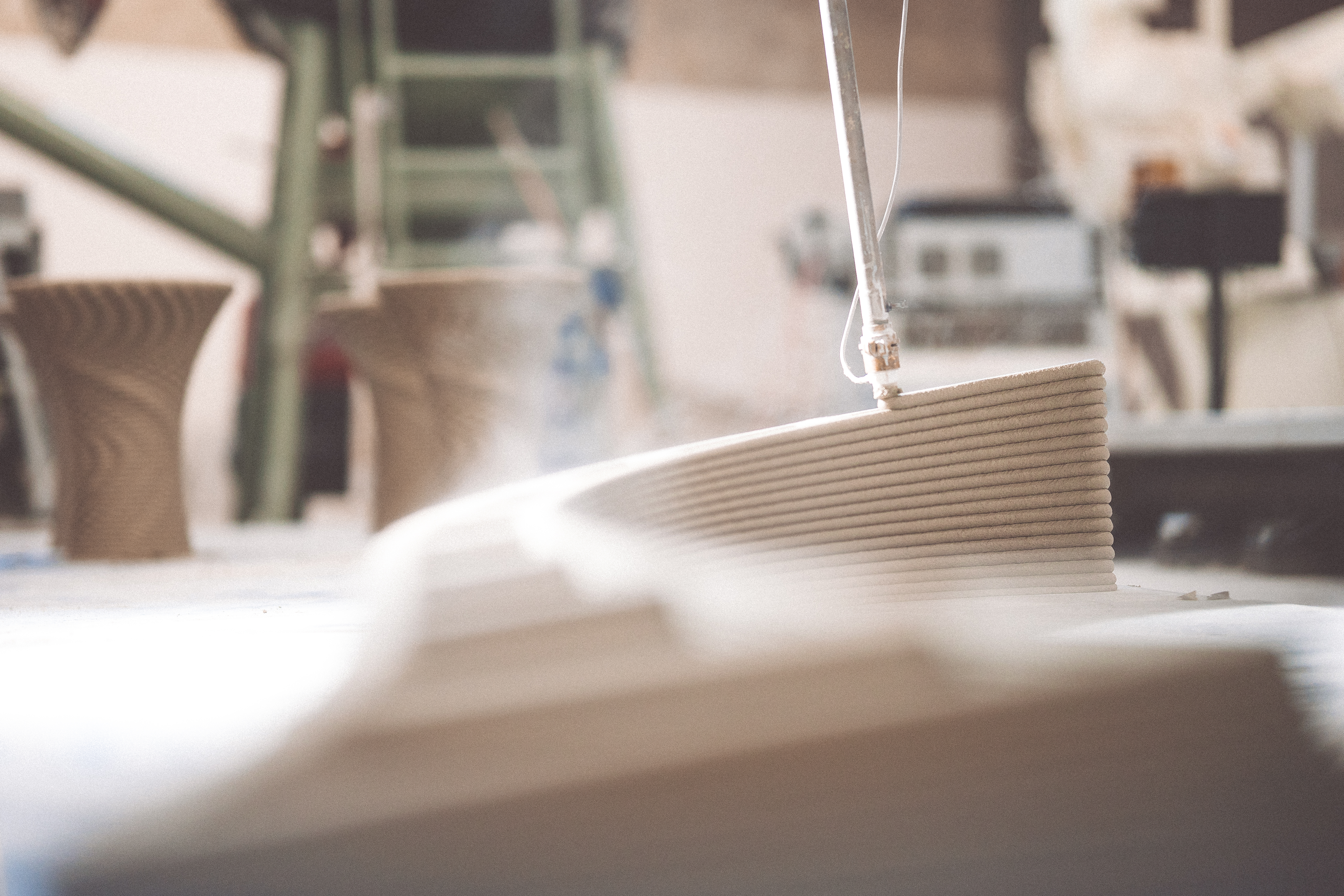 One of the major benefits of concrete 3D printing is the potential to eliminate formwork altogether and no other project to date showcases this potential quite like this one. Not only are the objects printed without any support structure, but they were assembled using only temporary, standard struts. The temporary support structure was removed and can be reused for the next project. 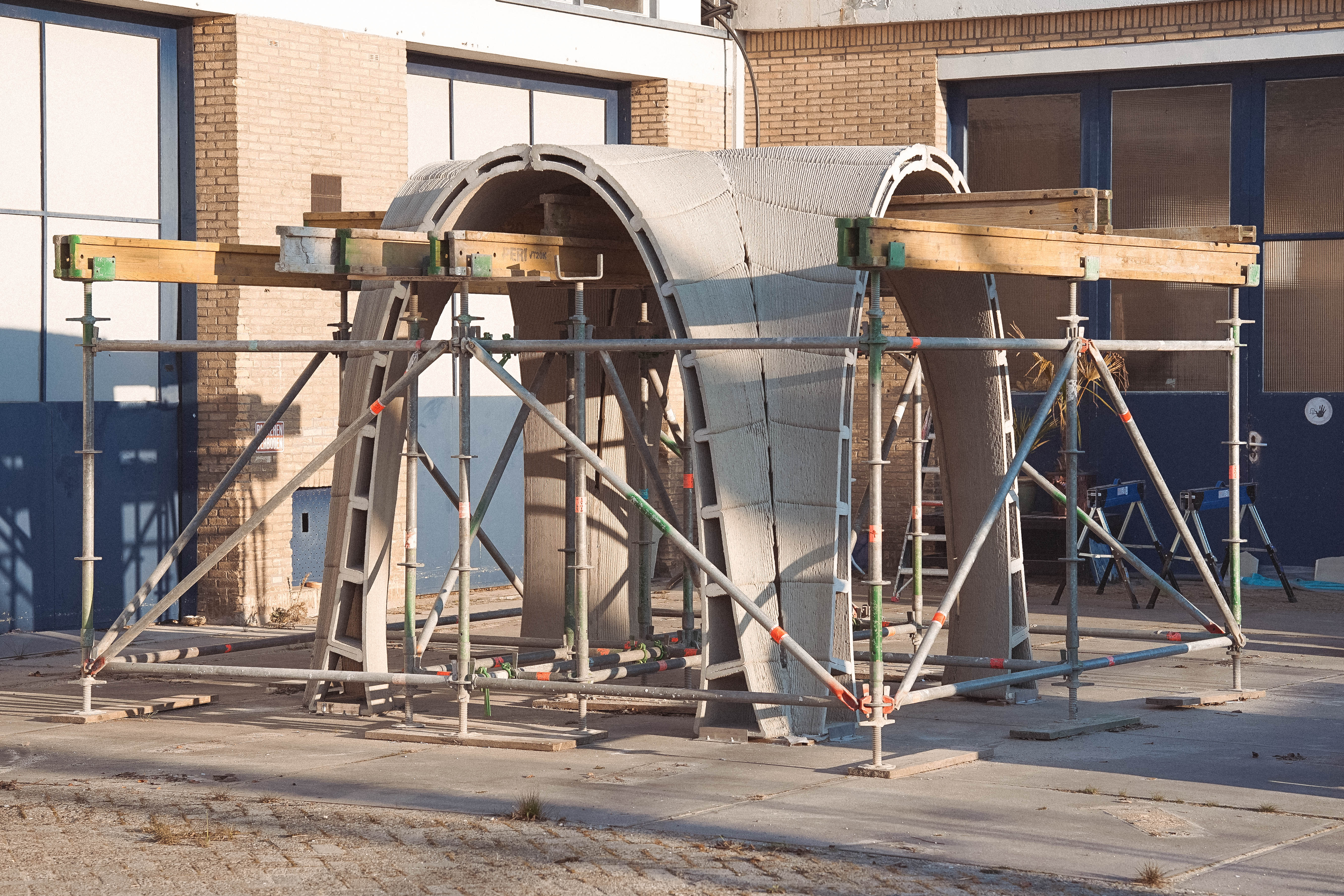 The project received financial support from the Province of Utrecht. With this, the group was able to cover the initial costs of production and set out on their ambitious project. One of the unexpected outcomes of the project is the spinoff Vertico. Since its inception in 2018, the company has seen continued growth and has become a leader in the industry focusing not on housing but on high detail architectural prints and design objects.