The world’s longest 3D-printed concrete pedestrian and cyclist bridge, co-commissioned by Rijkswaterstaat (Dutch Directorate-General for Public Works and Water Management), is located in the city of Nijmegen, Netherlands, and printed in Eindhoven, where the 3D-printing facility of BAM and Weber Beamix is located. Summum Engineering was responsible for the parametric modelling for structural engineers Witteveen+Bos, in order to elaborate and rationalize the freeform geometry, designed by Michiel van der Kley.

This project, also dubbed “The Bridge Project”, is an initiative of Rijkswaterstaat, Michiel van der Kley in collaboration with Eindhoven University of Technology (TU/e), and an effort to innovate, apply new techniques in the building environment, specifically the 3D printing of concrete, and to find new ways to collaborate. While looking for a location, Nijmegen seemed an ideal place, following the city’s position as Green Capital of Europe in 2018, and their wish to have an eye-catching and iconic memento of that year. Rijkswaterstaat believes it is not only building a bridge, but building the future as well, turning 3D concrete printing from innovation to proven technology.

Digital design and construction is expected to lead to new concepts for building, with lower risks and better conditions. 3D-printing technology has the potential for more affordable, faster, durable and freeform methods of construction. Rijkswaterstaat and Michiel van der Kley were intent on exploring designs that are almost impossible to make with traditional techniques involving formworks, to find out whether or not 3D printing allows for much greater design freedom, and other benefits as well. The possibilities of freeform construction with 3D printing also lead to new challenges, such as the approach to structural safety, the method of analysis for such shapes, and determining the input for the 3D printer. In order to elaborate and rationalize the freeform design, Summum Engineering was commissioned by the structural engineers, Witteveen+Bos, to create a parametric model.

A first parametric model was developed to generate endless geometries, similar to the designer’s intent, to either revise the design or to create other bridges for different site conditions. A second parametric model took the initial shape, conformed it to structural constraints set by the engineers, segmented it based on printing specifications from TU/e, and then generated the bridge’s internal geometry.Three types of outputs were determined: first, exterior surfaces of the segmented bridge as input to the Revit-model and 2D drawings by Witteveen+Bos; second, meshes, including of the internal geometry, as input to their finite element calculations in DIANA; and, third, printing paths for the 3D printers of TU/e, and later BAM and Weber Beamix, based on their printing specifications. A first test bridge – a single span of the entire bridge design – was produced by TU/e for load testing. 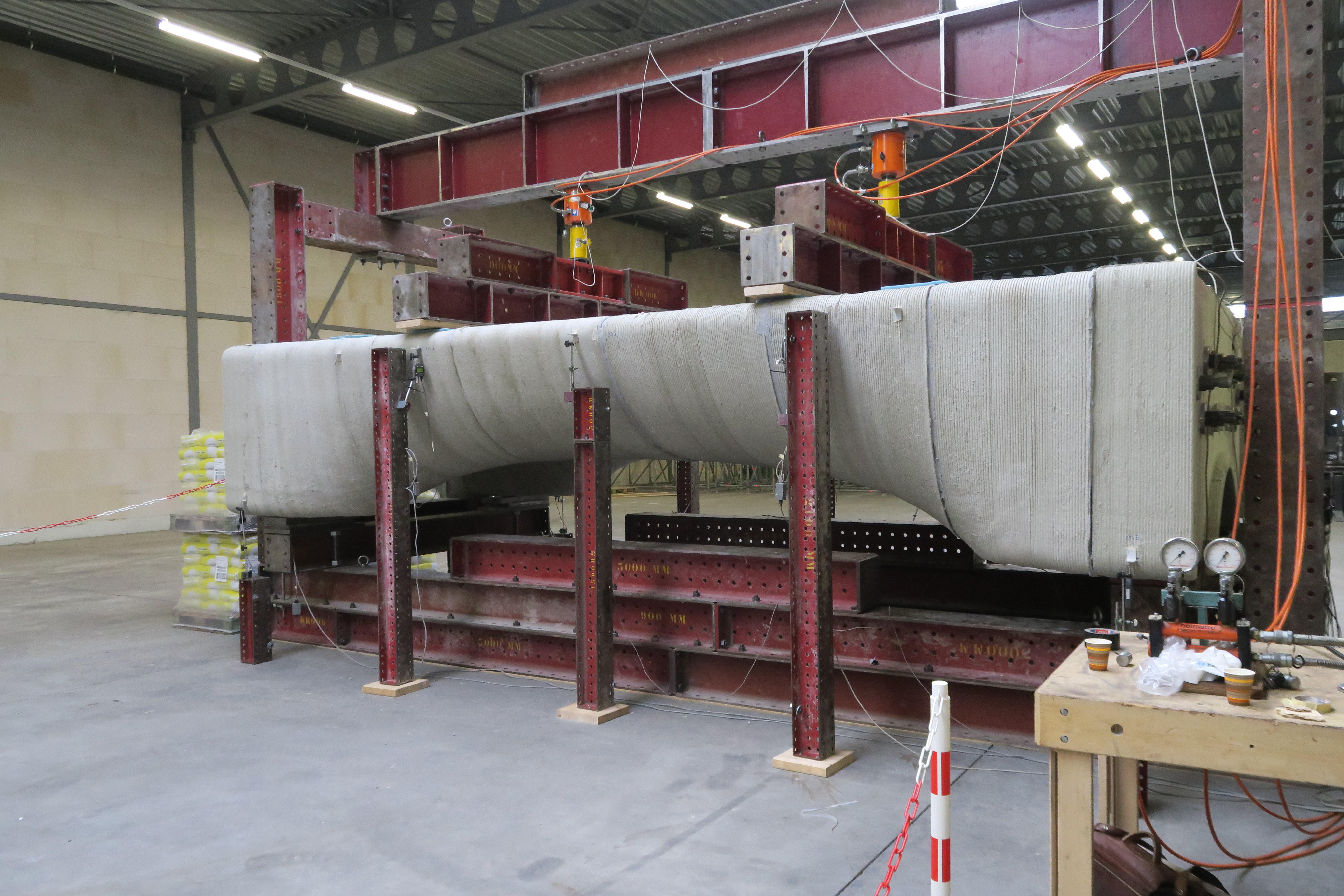 The bridge was then printed in full, layer by layer, in the concrete printing factory of Saint-Gobain Weber Beamix and realised by contractor BAM. Each segment was moved to the site, and then assembled for prestressing. Each of the five bridge spans was then hoisted onto the supporting legs, in a process described in the media as a Lego puzzle. The resulting bridge is not only the longest, but also the largest concrete bridge in the world for which the architect had complete freedom.

The new bridge was officially inaugurated on 8 September 2021. 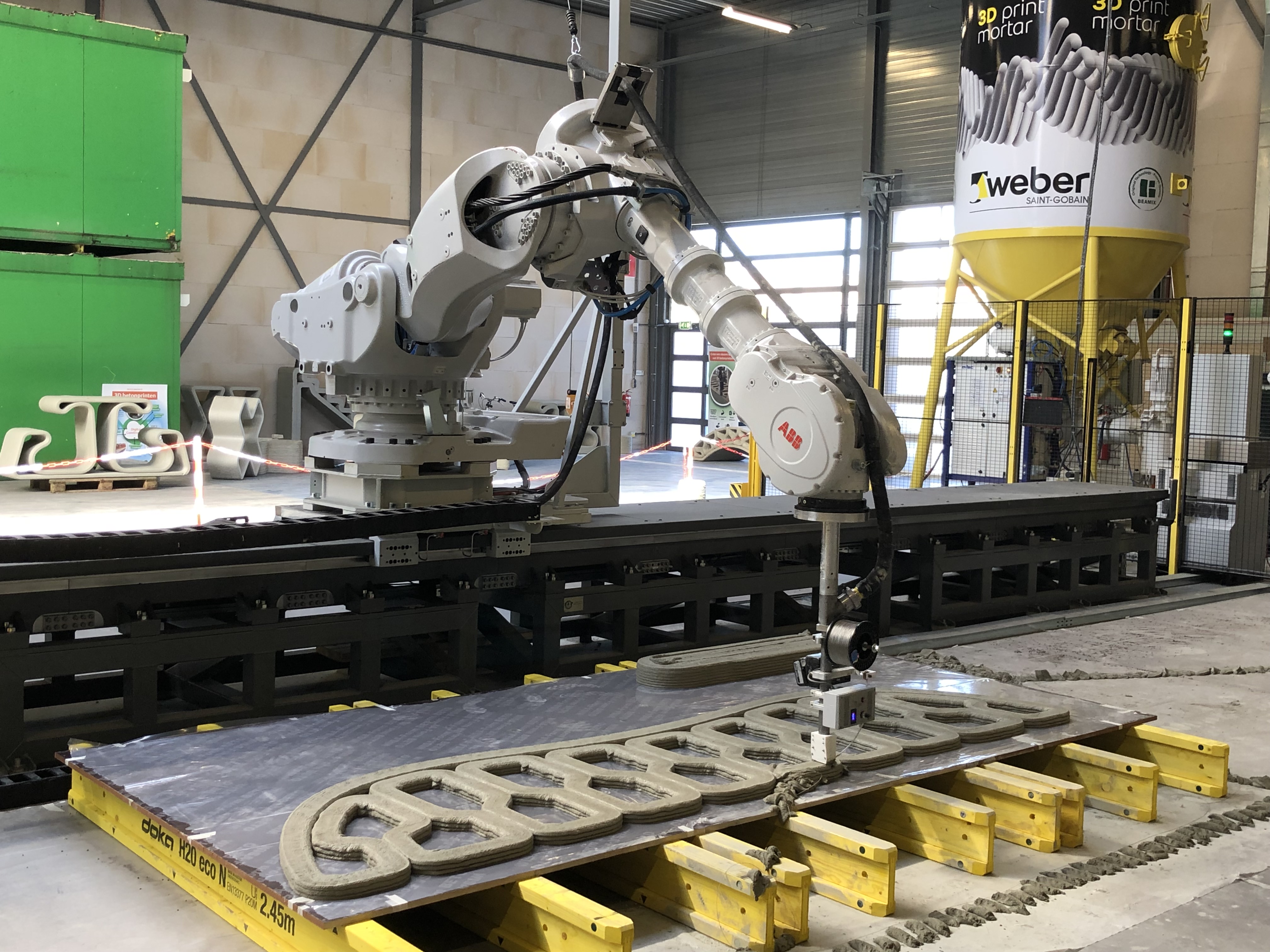 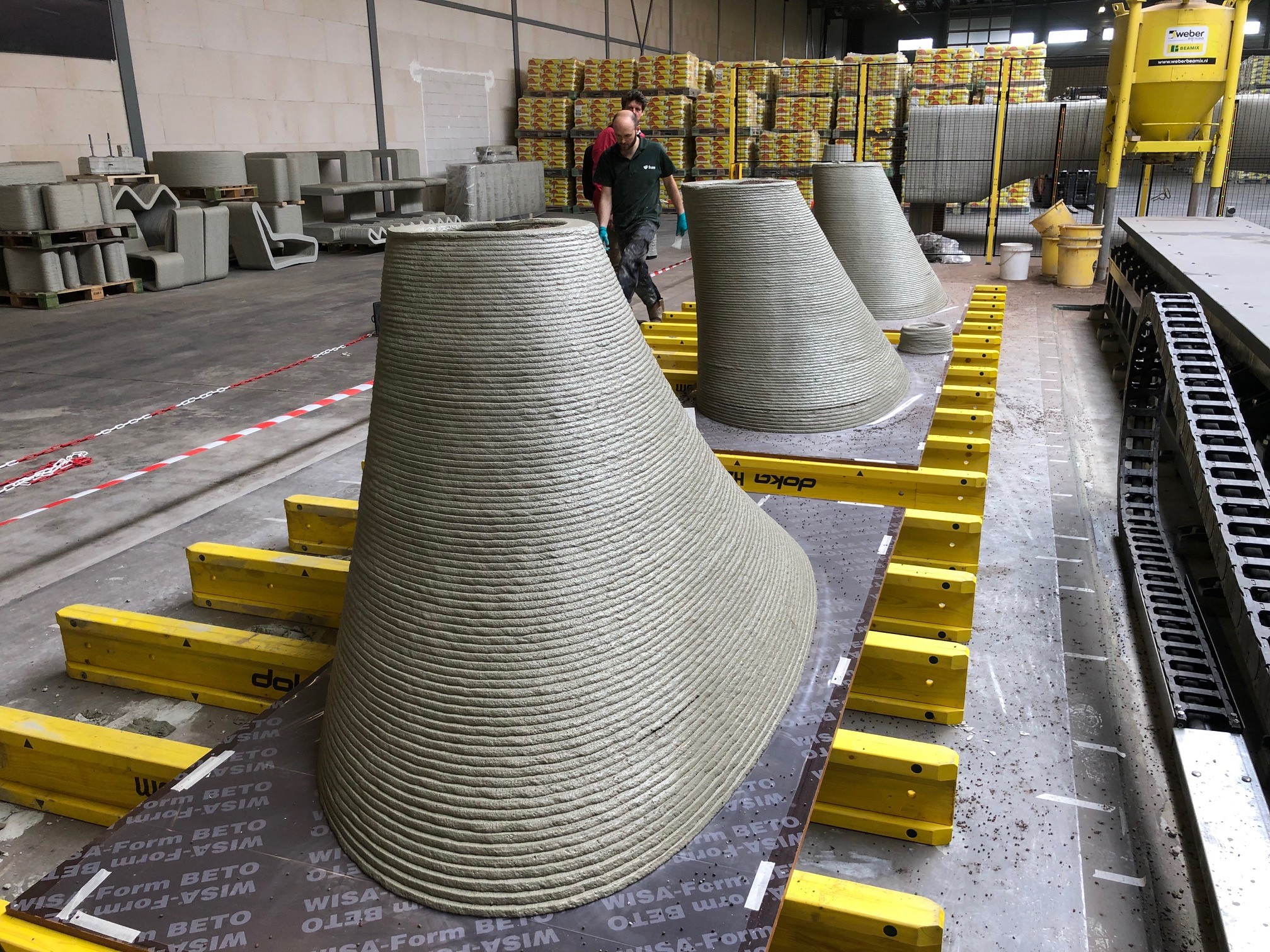 In theory, printed bridges can be built much faster than ordinary bridges, with more flexibility and more room for personalised designs. They are also more sustainable, as less concrete is needed. The ambition of the partners in this innovative project is for 3D concrete printing to eventually become a sustainable construction method that can be used for the production of bridges and houses, among other things. 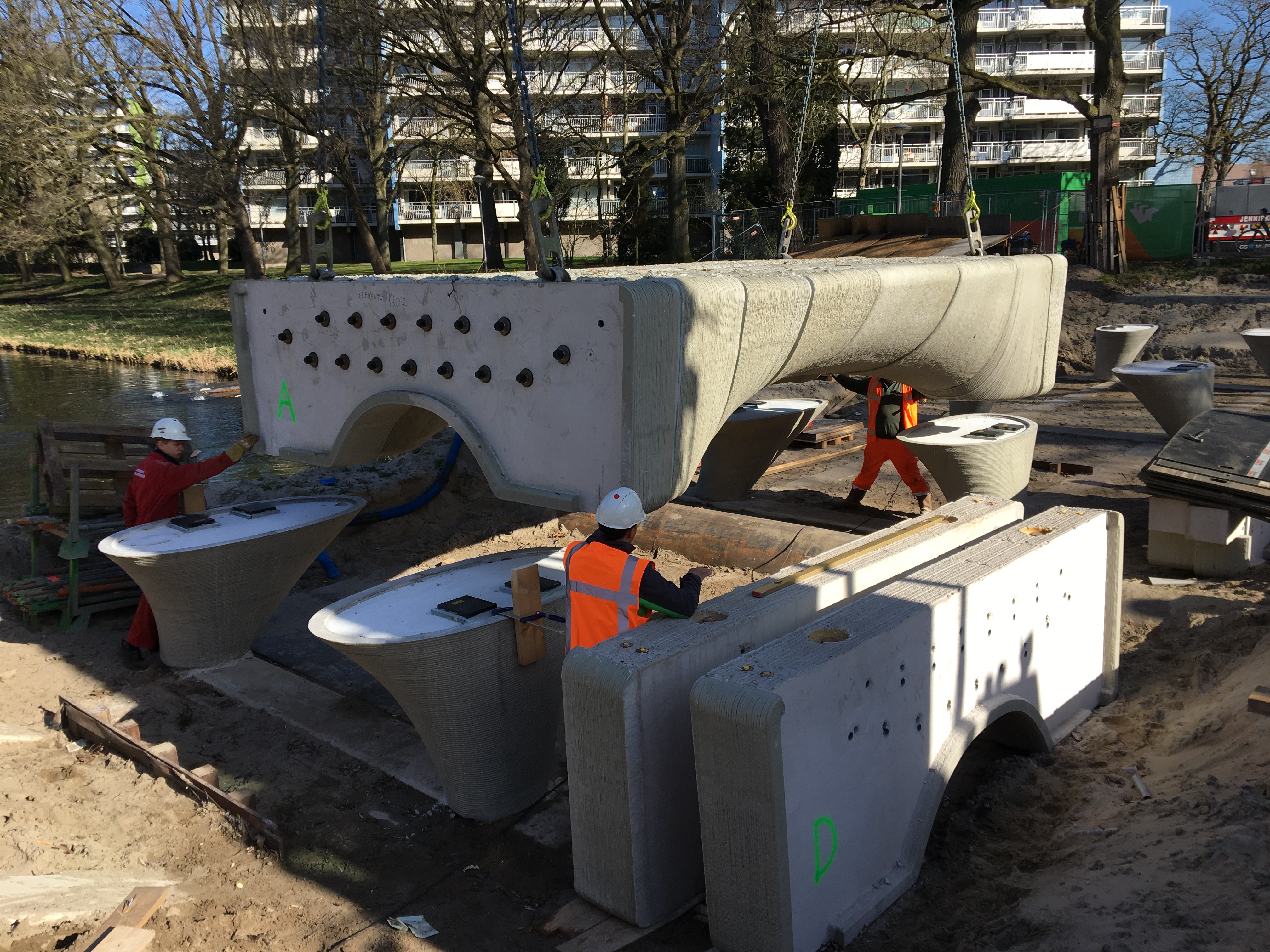