By Diederik Veenendaal4th June 2018 No Comments 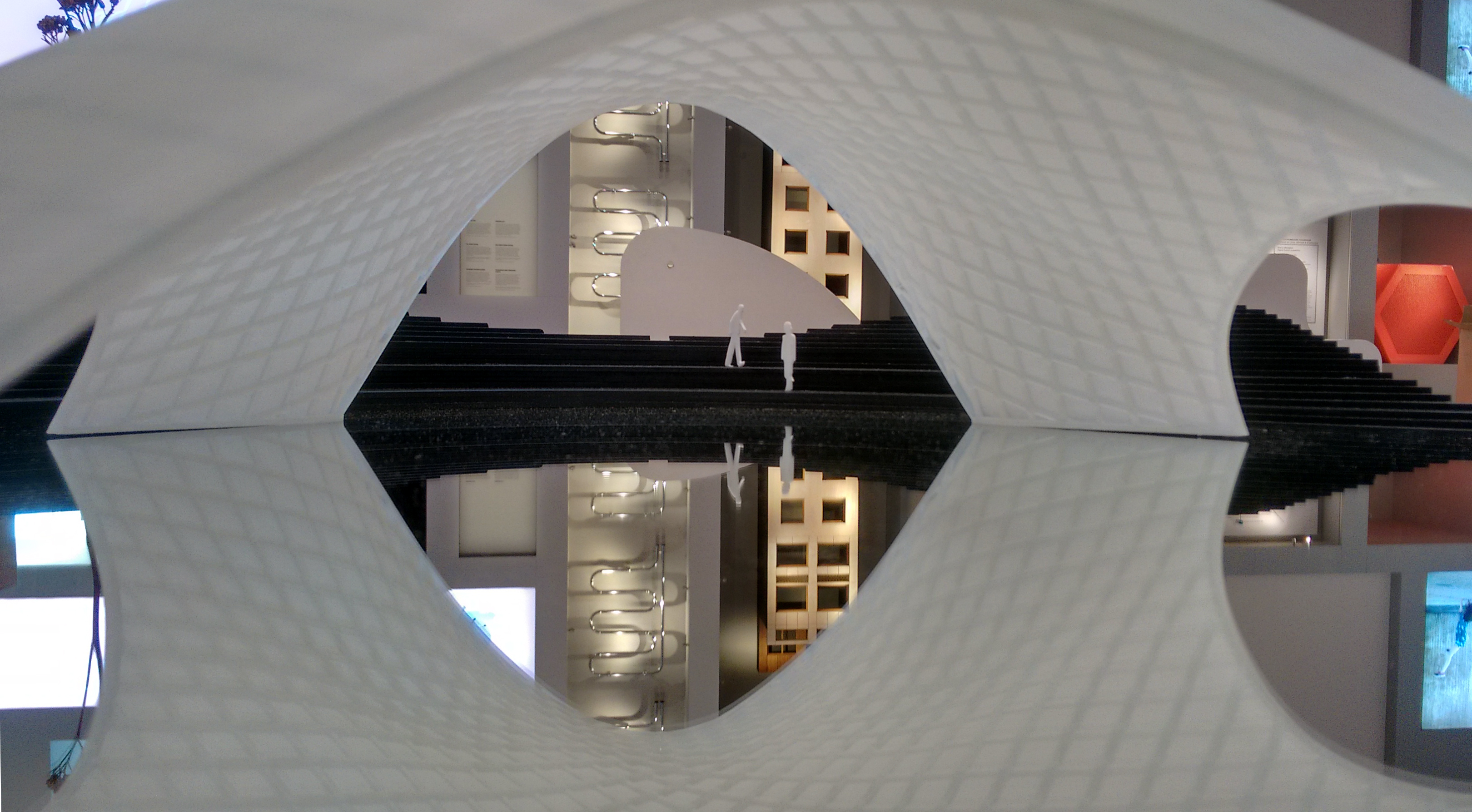 Until January 13th, 2019, a 1:50 model of the Portalen Gridshell will be on display at “Public Luxury“, ArkDes’ major exhibition for 2018, which includes new and experimental works of design and architecture in public. ArkDes is Sweden’s national centre for architecture and design. It is a museum, a study centre and an arena for debate and discussion about the future of architecture, design and citizenship.

Portalen (The Portal) in Hageby, Norrköping is a centre to get more people in to the labour market, a place to make new contacts and to find employment. It started in one of the laundry rooms of municipal housing company Hyresbostäder in 2011 and has grown ever since. To strengthen the area’s qualities, increase visibility for Portalen and invite the rest of Norrköping, a group of newly arrived immigrant architects and engineers wanted to create a centre for cultural activities. As a first step towards a community centre, a pavilion will be built to host meetings and other events. This pavilion, envisioned as a deployable timber gridshell, is developed by Spanish architects Map13 Barcelona in collaboration with Summum Engineering and Edyta Augustynowicz.

Public Luxury is an exhibition about architecture, design and the struggle for public life. Large-scale commissions, installations and projects inside and outside of the museum will give visitors an insight into the struggles and successes of design as it faces many of the challenges currently facing Sweden. From hot dog kiosks to public monuments, and from video games to public campaigns, the works reflect the breadth of the contemporary debate about Swedish cities.

The title Public Luxury sounds like a contradiction, but recognizes that everything in the public realm exists for more than merely functional reasons. Every kerbstone, bench, bollard, station sign, public toilet and street is part of the character and identity of a place.

All the works in Public Luxury, many of which were made for the exhibition, share the ambition to tell a story about public life today. Architects and designers may not be able to change society, but nothing reveals how society is changing as clearly as architecture and design.